There are a variety of diets that help you lose weight such as low carb, low fat, paleo, vegan, among others. Their proponents often make specific claims as to why their diet works, and others don’t e.g. ‘carbs cause weight gain’. But, since many of these diets are effective (at least in some people), they must share some underlying principles.

If you understand the underlying principles of weight loss, you can apply them to any diet or style of eating. Then, you can design effective weight-loss diets, which deliver long-term sustainable results.

1. The miracle of the potato diet
2. Does dieting increase hunger?
3. The buffet effect
4. How filling are different foods?
5. The food reward theory of obesity
6. What makes a food palatable?
7. Simple food tastes great!
8. Key points

The Miracle of the Potato Diet

In 2010, the federal low-income assistance program removed potatoes from the list of vegetables they would pay for. Later that year, Chris Voigt the executive director of the Washington State Potato Commission began a 2-month potato-only diet in protest of this decision. He aimed to show that potatoes are a highly nutritious food and not just another starchy filler.

His diet was roughly 10% fat, 10% protein, 80% carb. (He used some cooking oil for roasting). The results of this diet were completely unexpected:

He noted that potatoes gave him ‘a high sense of fullness after each meal’. After the third week, he had lost 12 pounds. This prompted Voigt to attempt to eat more calories, despite the fullness.

The weight loss of the potato diet is not unprecedented. Previous research conducted in 1965 gave subjects unlimited access to a nutritional milk drink (Nutrament) [1]. The subjects were instructed to have as much Nutrament as they wanted, but had no access to other foods. Lean subjects were able to maintain their bodyweight, whereas obese subjects experienced dramatic weight loss. One 400lb man continued the diet at home and lost 200lbs in 255 days. Remarkably,

‘[he never] complained of hunger or gastrointestinal discomfort’.

His calorie intake spontaneously reduced when he started the liquid diet which continued throughout the experiment, much like Voigt on the potato diet. In contrast, the lean subjects’ calorie intake remained stable, and thus their weight was maintained.

In 1976, researchers repeated this study with more subjects [2]. Again, the subjects could have as much nutritional drink (Renutril) as they wanted, but no other foods. And again, the subjects lost weight on the diet. However, the researchers also tested the subjects’ palatability response to sugar-sweetened drinks (how much they liked sweets). Firstly, they infused glucose directly into their stomachs to give them a feeling of fullness. Secondly, they gave them sugar-sweetened drinks and tested how sweet they perceived them to be (how much they liked them).

You can see the problem here: if you lose weight but become more hungry, it defeats the purpose. Eventually, your willpower will fail and your weight will rebound. The researchers also noted that the participants on the varied and flavourful diet:

The rats on the cafeteria diet increased their calorie consumption by 30% and gained almost doubled the weight of those on standard chow. Whereas, the high fat and low fat diets caused only moderate weight gain, compared to the standard chow. This study shows that rats love food variety and will happily eat themselves into obesity when presented with abundant junk food.

Similar effects are seen in us. When presented with multiple food choices we unconsciously increase our calorie consumption. It is conveniently known as the buffet effect [4], as people tend to overeat at buffets.

This phenomenon is called sensory-specific satiety, and is best summed up in this example: Remember the last time you were absolutely stuffed after a big meal, ‘full to bursting’ as my nan used to say, and then your host offers you dessert. All of a sudden your brain lights up, thinking: ‘mmm something sweet…I could probably squeeze it in’.

How Filling are Different Foods?

In 1995, Dr. Susanna Holt and her colleagues at the University of Sydney devised an experiment to find out how filling everyday foods are [6]. In short, they gave subjects everyday foods to eat and asked them how full they felt, per 240 calories of each food (shown in the graph below).

Protein, fibre and water content increased satiety; whereas palatability, fat and sugar content decreased satiety. Calorie density was the strongest predictor of satiety. So, calorie dense foods like cake and chocolate bars left people feeling hungry. Whereas, calorie sparse foods such as porridge and potatoes filled people up. In fact, potatoes were the most filling food. They were 7x more filling than the least satiating food: croissants.

After the food tests, the researchers gave the subjects a breakfast buffet and recorded how much they ate. The more satiating the original food, the less they ate at the buffet. This reveals a key aspect of weight loss, if you choose foods that fill you up for less calories, you can sustain weight loss over the long term.

Problems with the Willpower Theory of Obesity

To understand how diets work, we must understand how weight loss works in general. We all know eating more calories increases weight gain, but the real question is: what makes us eat more? The common and naive explanation for this is self-control. It goes something like this: food intake is all a matter of self-control. Those who have good self-control limit their food intake and are lean. Those who don’t, eat to excess and suffer the consequences.

However, there are several problems with this theory:

The Food Reward Theory of Obesity

The most prevalent theory of obesity is the food reward hypothesis. The theory states that: foods that are highly rewarding and palatable override our physiological mechanisms of satiety and cause us to overeat [10].

Our bodies evolved in an environment where calories were scarce and we spent most of our lives trying to get them. Therefore, we have evolved a drive to push us to obtain food. We feel pleasure when eating foods, and hunger when not. This reward system urges us to seek food. Eating food releases dopamine, our brains’ reward neurotransmitter, the more calorie dense the food, the more dopamine is released [11]. We obtain food for the neurochemical reward, and this behaviour ensures our survival.

When we eat modern highly palatable foods it overrides our bodies’ normal signals of satiety and informs us calories are abundant in this environment. To ensure our survival, our bodies encourage us to overeat.

Take for example the Ache tribe, in one sitting they will eat either 5lbs meat, 20-30 oranges or 1.5L honey [12]. This shows how we will naturally overeat in the presence of abundant calories and palatable foods like honey.

The diet of hunter-gatherers, and then later agriculturalists would have been far less palatable than today’s, consisting mainly of only a few staples. The Hadza, a modern day hunter-gatherer tribe in Tanazia, derive most of their calorie intake from 5 foods: honey, meat, berries, baobab fruit and tubers [13]. The potato diet and ‘bland liquid diet’ takes this simplicity to the extreme and helps explain their success.

It is only after the industrial revolution and the second agricultural revolution 200 years ago that many of us were not required to farm our own food. Modern processed foods became widely available in the 1950s, and have increased in popularity since.

We now find ourselves in the world’s biggest sweet store. There is an abundance of highly palatable and calorie-dense foods, with never-ending variety. Moreover, we do not have to work for our food, but simply drive to the nearest shop.

Evidence for the Food Reward Theory of Obesity

Processed foods are highly palatable and are consciously designed to be, by the food industry. The food industry has a vested financial interest in making sure you consume as much as their products as possible. These foods override your satiety signals and encourage you to overeat.

What Makes a Food Palatable?

Take for example a boiled potato, it has plenty of fibre and water, and the calorie density is low, so it has low palatability. However, if we decrease the fibre by peeling, reduce the water content by cooking, add fat and flavour by deep frying, and season with salt. We now have a highly palatable food: french fries (or chips). This process concentrates the calories, increasing the calorie density. The higher the palatability is, the less satiating the food is, therefore we need to eat more calories to feel full.

You might now be in despair, thinking the only way to lose weight is on a bland diet. That is only half true. A study done in 1982 showed that subjects who ate a low sodium diet ended up disliking the taste of high salt foods and prefered ones with low salt [16]. Moreover, a recent study showed that people who ate a low sugar diet became more sensitive to sweet tastes [17].

This shows that our taste buds can adjust to lower palatable foods. The studies were a few months long, so you can except your taste buds to adjust in a similar time frame. I can also attest to this effect, based on my own personal experience. Simple foods like steamed vegetables taste great, whereas before they tasted bland. Also, I can no longer enjoy very sweet foods such as Ben and Jerry’s ice cream, which is now almost inedible to me.

Dopamine receptors downregulate when they are exposed to large amounts of dopamine frequently. When the dopamine receptors are less active it takes more dopamine to get the same feel-good state. Therefore, if you are constantly eating highly palatable foods and releasing large amounts of dopamine, the receptors will become less sensitive. Meaning, you will require more highly palatable foods to get the same neurochemical satisfaction [18].

However, if you decrease the amount of dopamine you release (stop eating highly palatable foods), your receptors will upregulate, and then a smaller amount of dopamine will provide you with the same satisfaction. Meaning, less palatable foods will become more satisfying and enjoyable to eat. This effect may take a few months to fully kick in. The trick is not to go back to the junk food whilst adjusting. 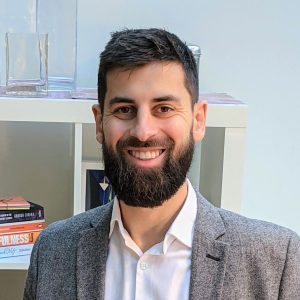 I am a nutritionist and academic researcher. I use cutting edge science and nutritional therapy, to help people achieve vibrant health & well being.

Hi, I’m Joe Whittaker. Discover how you can optimize your health, in a free 15m nutrition & lifestyle phone consultation.

Disclaimer: The information on this website is not medical advice, nor should it be construed as such. Please consult your doctor before making diet & lifestyle changes.